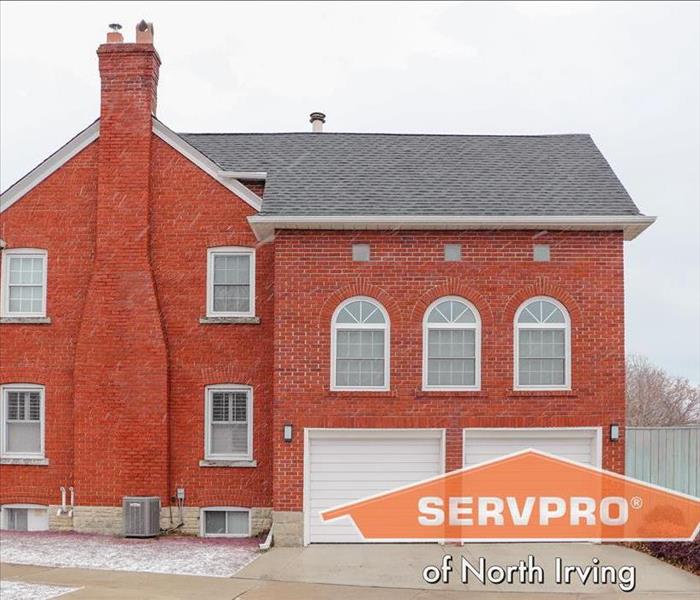 Not only can SERVPRO restoration professionals remove smoke and fire odors, but they also have expertise in water damage restoration.

The question: “can a brick house catch fire?” usually comes up when someone is considering buying or building a house. Bricks houses are generally resistant to fire, have excellent sound and weather insulation, and are extremely energy efficient. But what happens if there is a fire in your home? Can a house made of brick catch fire and burn to the ground?

It is possible that a brick-built house can catch fire. However, the bricks won’t burn. Usually, other construction materials, furniture, and other combustible items cause extensive damage to a brick house. However, that doesn’t mean a brick house doesn’t suffer damage in a fire.

This article answers several questions about what happens to a house made from bricks during a fire.

Although brick can burn depending on the materials and the fire temperature, it does not catch fire. Bricks are made by firing clay and other non-flammable materials at high temperatures. At the end of the brick-making process, flammable ingredients can remain. But, a brick wall is fire-resistant because the bricks themselves aren’t flammable.

What Happens to a Brick House During a Fire?

Bricks are incredibly resistant to fire and have low thermal conductivity. Most house fires have an average temperature of around 1,800°F. However, a brick wall has a heat resistance of over 2,190°F. In addition, mortar is typically fire-resistant; however, not as resistant as brick.

One of the severe issues affecting a brick house during a prolonged fire is that the mortar can crack and weaken. A sudden increase in temperature — for example, during a flashover — can affect the property’s structural integrity. In addition, an extreme fire lasting more than four hours can cause bricks to crack.

To answer the question —can a brick house catch fire? The answer is yes. However, it’s not the bricks that catch fire. Fires in brick houses usually start when reckless actions, mistakes, or carelessness ignites flammable materials.

Because brick houses contain wooden construction parts, furniture, synthetic fabric, and electronics, fire risks in a brick house are just the same as in a wooden house. A brick house can burn down in a severe fire if extreme heat causes cement or mortar to crack.

Therefore, just because bricks can’t catch fire doesn’t mean that the risks of house fires are less. The difference is that there is a greater chance of a house remaining standing after a typical fire.

Has Your House Suffered Fire Damage? We Can Help.

It’s vital to call the experts in fire damage restoration. Not only can SERVPRO restoration professionals remove smoke and fire odors, but they also have expertise in water damage restoration. In addition, our technicians can perform a structural inspection on brick homes after a fire.

Call SERVPRO of North Irving today to learn about our Dallas fire damage restoration services so your life can return to normal as quickly as possible.