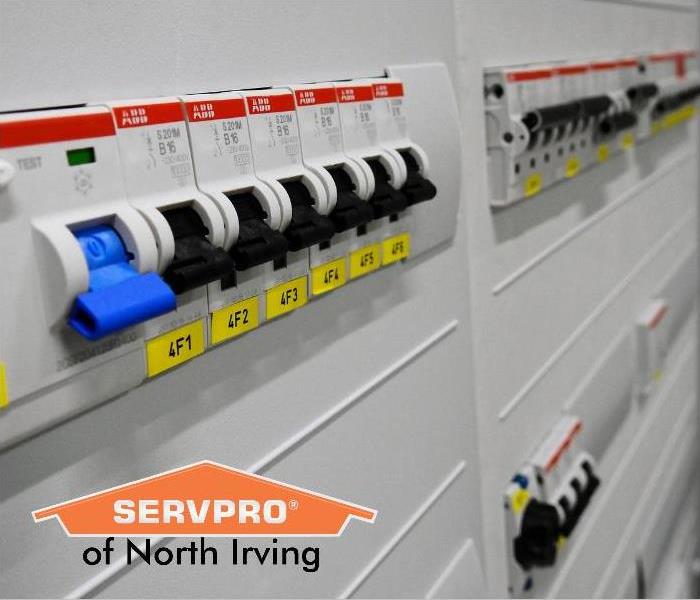 Check and reset the circuit breakers in your Dallas home to prevent electrical fires.

Before the invention of electricity, people had to make do with living in a world that was often dark, dreary, and cold. Fortunately, we don’t have to deal with that anymore. With the flick of a switch, our homes are bathed in light. We have the luxury of modern appliances, and our homes are a place of comfort and coziness. But do you know what keeps your electricity working tirelessly and safely in the background? The circuit breaker is one of the essential devices in the modern age. And it’s the home base of electrical activity in your house. Here’s what you need to know about checking and resetting a circuit breaker box.

What is a Circuit Breaker?

How a Circuit Breaker Works

The power distribution grid carries the power from the plant to individual homes. Inside the home, electric charges move in a large circuit, which houses many smaller circuits inside it. At one end of the large circuit, a hot wire goes straight to the power plant. The opposite end, called a neutral wire, goes into the ground.

So, the hot wire is connected to a source of high energy, while the neutral wire is in the ground where there isn’t an energy source. As a result, the voltage can travel in rapid, alternating currents across the circuit, powering your home.

A consistent voltage between 120 to 240 volts is delivered from the power distribution grid to the house. But the current and the resistance of the voltage will change and vary throughout the home and its electrical devices. For example, light bulbs and appliances offer a particular amount of resistance. This resistance is called a “load.” The load is what powers the appliance or light bulb.

For example, the motor in a ceiling fan could overheat and melt the hot and neutral wires together. Home remodeling can also lead to punctures in the power lines throughout the walls of the house. Hot wires that are connected to the ground lead to less resistance in the circuit. The voltage will create a considerable amount of electrical charge through the hot wire. This overheating will cause a fire. Your circuit breaker’s job is to prevent this from happening. Whenever the current is detected at a high, unsafe level, the circuit is cut off.

Learn more about fire restoration and the 10 steps you should take immediately after a fire.

Checking and Resetting a Circuit Breaker in Your Dallas Home

Circuit breakers are housed within a grey metal main service box that is attached to a wall. In most homes, the main service box is located in the basement, garage, or utility closet. A circuit breaker will only switch off power to the room in the house where a short or overload has happened. But it’s still annoying when you kitchen loses power while you’re trying to make a piece of toast before dashing out the door for work. Fortunately, it’s easy to check and reset the circuit breaker. But first, a few safety tips:

First, turn off all the lights and unplug the appliances in the room that’s been affected. You’ll want to use a flashlight to open up the main service box and ensure that you can adequately see which circuit breaker has been changed. Every breaker within the service box will have three positions that you can switch it to - on, off, and center position. The circuit breaker that’s been flipped to the center position is the culprit and the one that needs resetting.

Flip the offending breaker to the “off” position, and then flip it to the “on” position. Wait a minute. If the switch stays put, then you’ve successfully reset the breaker, and the power is back on in the affected room. But what’s causing the issue in the first place? In most cases, the switch gets flipped to the center position when an electric device has shorted. Or there are too many appliances running at once that are overloading the system.

How to Find a Shorted Device

Switch each light in the affected room on and off. If the breaker stays put, then unplug and plug in each device that’s in the affected room. Whatever trips the circuit breaker to the center position when you plug it in is the culprit. When you look at the device’s power cord, you’ll see charring or a melted power cord.

For overloads to the system, unplug and then plug in all the devices and switch everything on, including the lights. If the breaker trips when you do this, then the room is overloaded. Turn off the major power users, like AC units or space heaters. Plug them into a different room to prevent the breaker from tripping.

But what if when you initially check the circuit breaker, the switch won’t stay in the “on” position? A circuit breaker that keeps going back to the center position after you move it indicates a severe wiring problem in the home. You must contact an experienced electrician asap to prevent a house fire from an electrical wiring issue.

Has an electrical fire damaged your home? Our professional Dallas fire damage restoration experts in Dallas can restore your home to its original condition. Contact SERVPRO of North Irving today at (972) 986-7677 to see how we can help.